August 08, 2014
What came over me? No. Seriously, something did come over me.
The problem with me is you.Really it is.
I didn’t know what i was doing.
I’m sorry. I wasn’t thinking.
It was the devil! No, God!
He gave me an F.


We are familiar with that part of us that relegates blame to some seen or unseen third party right? Perfect. I want to do a cute little talk on it. As some of my more assertive friends would say, ‘let us thrash this matter’, or at least, let us try to. There’s almost always no harm in trying out stuff(unless by trying out stuff, you mean trying out poisonous substances, or trying to see if a concentrated acid bath would do what it is said to do- in which case i cannot really assure you that there is no harm in trying- or other downright dangerous escapades)

WHO IS TO BLAME? 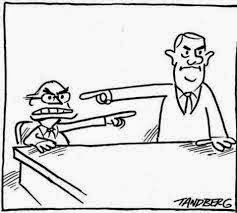 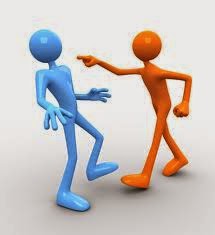 The first time i actively discussed this particular topic was some months ago during my internship when my fellow intern (name withheld J) proposed a theory. Which is not in any way new, i must add.
“We should all take responsibility for our actions and conditions. The world would be a better place if we learned to do this” He said. “Man is getting too used to blaming others for his misfortune. In his own eyes, he is absolutely blameless”. I was not overly impressed with my colleague’s speech, because i felt that, surely, i was not guilty of pushing the blame to other people. In fact, i saw myself as someone who actively tried not to put the blame on others. Or, was I?

My intern friend gave me an example of what he meant.
“When you are holding a book,” he said “and it falls down, what do you usually say has happened?”
“Em,…”
“You say, ‘my book has fallen down’… Right?”
I nodded.
“That’s it!” He exclaimed “Now, with that statement, you are indirectly implying that your book, which is inanimate, suddenly acquired a life of its own, and left your hand of its own accord, then, fell down. All by itself. You are suggesting that it was the book’s own fault”
Not sure what to reply, i listened.
“The appropriate thing to say would be ‘I dropped my book’. See? ...taking  responsibility!”

I saw the subtle blame shift and got more than a little interested in this matter. This sweet blame shift game we play as humans. We did not misplace our keys, rather, our keys got lost. We do not cook bad food; the food just turns out bad. The reason our car didn't start this morning is the government. My primary school teacher is the reason i suck at music!

EM, SHOULD WE SCRATCH THE WORD “MISTAKE”? 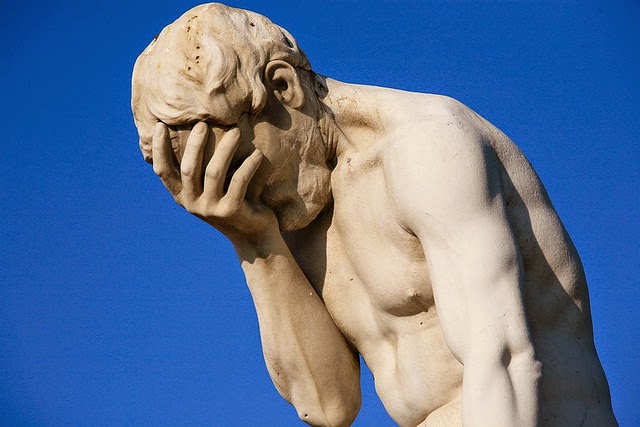 My friend above also thought nothing was a mistake.  “All our actions are deliberate. We do not make mistakes. It is just a word we invented, to help the blame shift part of us look good, even normal”. While then, i did not entirely agree with him, i will try to examine this again.


Let us define a mistake in this context as an action that is not deliberate. So what action is really not deliberate?Let us say that I let myself get into a battle of words with someone, feelings get high and i use my knowledge of my opponent to come up with and say something particularly hurtful. My opponent is deflated, hurt like i intended, and immensely broken. I feel remorseful, so i say that i made a mistake.
“I didn’t mean to say that. It just came out”
Oh well, I’m pretty sure i meant to say it. I fully intended to be mean to him. or her.
A more responsible thing to say would be “I’m sorry i was mean to you. I regret purposefully attempting to hurt you, and succeeding.”

Or, maybe i put a little too much pepper in the soup. Apart from the instance where my hand is suddenly pushed by an external object and the pepper flies into the soup accidentally, i most deliberately put that amount of pepper in the soup, consciously and deliberately.A more lets-take-full-responsibility concession would be
'My faulty judgement resulted in this peppery soup' instead of 'I mistakenly added too much pepper'.

anyway, Why SHOULDN'T i blame others? WHO’S GAINING? 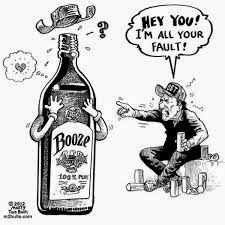 Still, one wonders what exactly would be the point of not making it a point of duty to assign blame on everyone else but ourselves.
I have a few ideas …

First, mentally, we become directly responsible for our acts. Imagine if i stopped blaming the education system for my personal shortcomings as a student and blamed instead my lack of adequate work? Imagine if i stopped blaming my genes for my obesity and instead blamed my junk consumption?
I become aware that the power is in my hands and that is the one of the first steps towards change, i believe; knowing you can.

Imagine if i stopped blaming my past for my present mistakes, if i instead blamed my current ineptitudes on my present. What happens is I stop believing that they belong to a realm which i cannot control due to its being extinct and realize that i have the ability to influence them now!

The 'energy',time,intellectual resource used in apportioning blame (Even when we really feel/know the other person is rightly to be blamed) might do better things if directed at more constructive exploits. I think.

Need i say more?
Well, I’m trying not to risk making this way too long. (It is long enough already). Kudos if you got to the end.( This is the end).

BTW, The picture below is practically unrelated to this post. It's just a joke photo i chanced upon and happened to like. :) 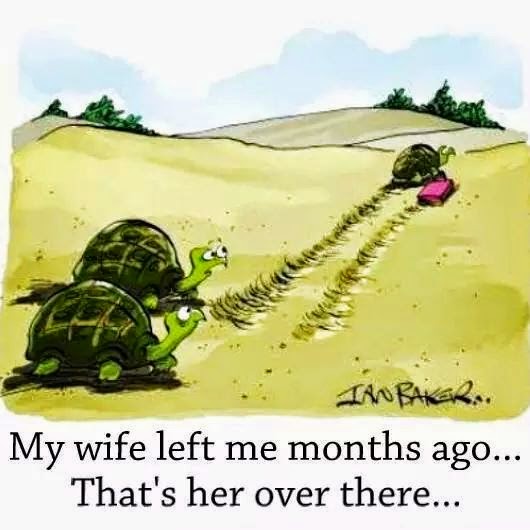 TRIBUTE TO A MAN WHOSE NAME I DON’T KNOW.

July 21, 2014
He is not tall. In fact i can reasonably say that height is not his strong point. Before that, let’s do a little introduction. In my almost four years as an undergraduate, i have encountered quite a number of types of individuals in different kinds of administrative positions. By administrative, i mean positions of authority that entail attending to students. Before i bore you, let me narrow this to the matter at hand. I've seen irritable, angry, hot-tempered, short-tempered, quick-tempered, rude, angry and irritable people. I am not trying to impress with language here. I've walked into offices as a green undergraduate seeking help and gotten treatments that brought tears to my eyes, meted out to me by fat women behind desks, who ignored their duties and munched egg-roll or boiled groundnuts, and gossiped about their office colleague who had stepped out to pee. I've been walked out of offices because a lecturer didn't like the fact that i did not immediately underst
5 comments
Read more

August 01, 2014
To be honest, i think this post smacks of narcissism. Still, i like to write. So, why not write about something i can completely relate to as opposed to some alien abstract theory i am supposed to be able to relate to?  Sometimes, when people tell me my teeth is white, and they like that, he shakes his head. He tells me that what they really mean is that i am quite dark in complexion, and the contrast between my skin colour and teeth colour creates an illusion of the teeth being whiter than it actually is. “This, my dear is what they mean, they just don’t know it”. Even he says this, i tell him “you are over analyzing again. Just accept the compliment and leave it at that” He nods and doesn't. Introducing, (a round of applause for this gentleman please) the guy in my head. For purposes of this discussion, let’s call him Parano. Yes, Parano would do. ‘Parano’ is a ‘subset’ of 'paranoia', and the latter fits this context almost perfectly. Meet Parano. Appare
1 comment
Read more